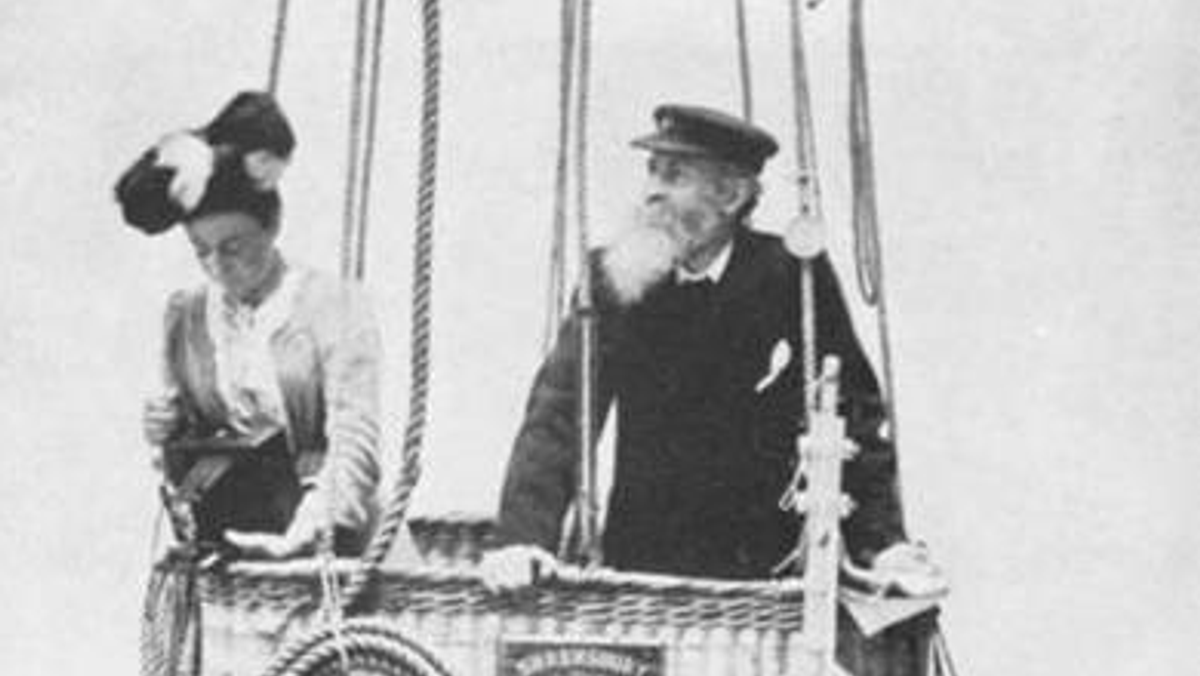 Cold Ash Parish Heritage Group are holding an exhibition in the Fisher Room and St Mark’s Church as part of Heritage Open Day Weekend from Friday 17 to Sunday 19 September (Friday 3 – 5pm and Saturday/Sunday 12 noon to 5 pm).

Rev John Bacon was Victorian polymath who lived in Cold Ash from 1876 to 1904. An astronomer, scientist, adventurer, pyrotechnician and great prankster he became known as the Scientific Balloonist for his experiments aloft. He was a pioneer aerial photographer and co-invented the balloon hot-air burner.

The exhibition will tell the story in words and pictures of Reverend John Bacon (1846 - 1904), a remarkable Victorian man who was born at Lambourn Woodlands, educated at Cambridge University who came to live in Cold Ash on account of his health. A local benefactor, he set up Cottage Shows to encourage local menfolk to grow-their-own and laid on lavish entertainments with fireworks for villagers. Appalled at the Church’s ignorance of scientific explanation of the world, he published an inflammatory booklet and resigned his curacy at Shaw to devote his time to scientific investigations. He switched his energies to studying astronomy, eclipses, electromagnetism, pyrotechnics, sound (usually involving explosions) and weather. Most of all, he was captivated by manned flight and many experiments were carried out while aloft in a gas balloon. He was an early moviemaker and pioneer aerial photographer, who photographed landscapes and the bottom of the sea. Bacon was first to demonstrate radiocommunications while in flight and co-invented the balloon hot-air burner to replace the use of explosive gases for giving lift. He was a prolific scientific correspondent and travelled the length and breadth of Britain lecturing to huge audiences. The exhibition will include some of his artefacts and an original photograph album of his daughter, Gertrude, his assistant in many flights. The local amateur radio society will provide a demonstration of radiotelegraphic communication.